Milestones with support for Sprints 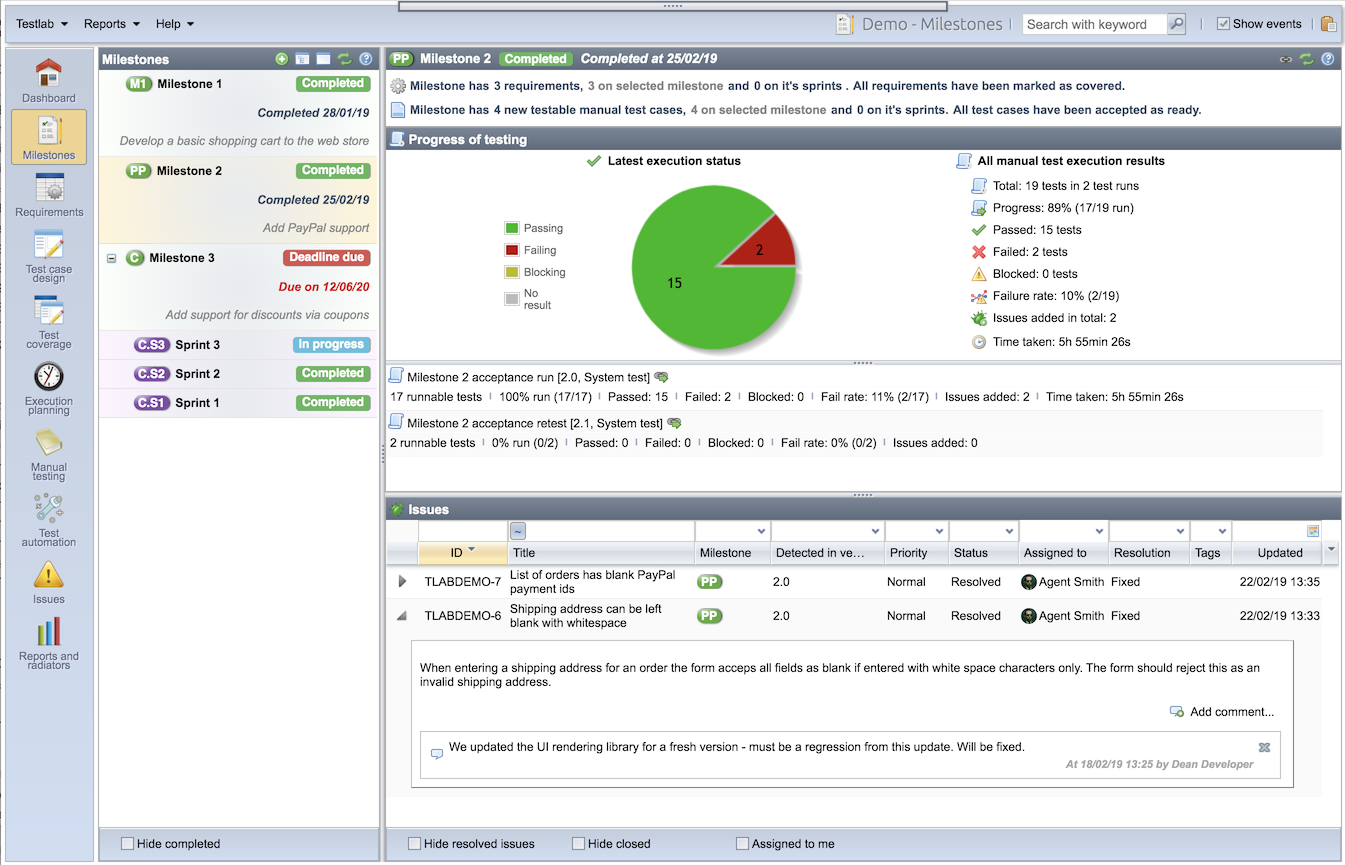 Typically, a milestone is a larger part of your project (or software) that gets completed later when the milestone is reached. In practice, in Testlab, it is just a way to group relevant assets together for easier management and reporting. Roopkund now enables you to split these milestones as Sprints, which may be seen as sub-milestones for a specific milestone. In the UI, a sprint is represented with a different colored identifier which includes the identifier of the milestone and the actual sprint.

To recap and to introduce some more minor changes related to milestones,

Sprints are introduced as a concept in Roopkund to prepare for next Testlab releases including more targeted features for task management. 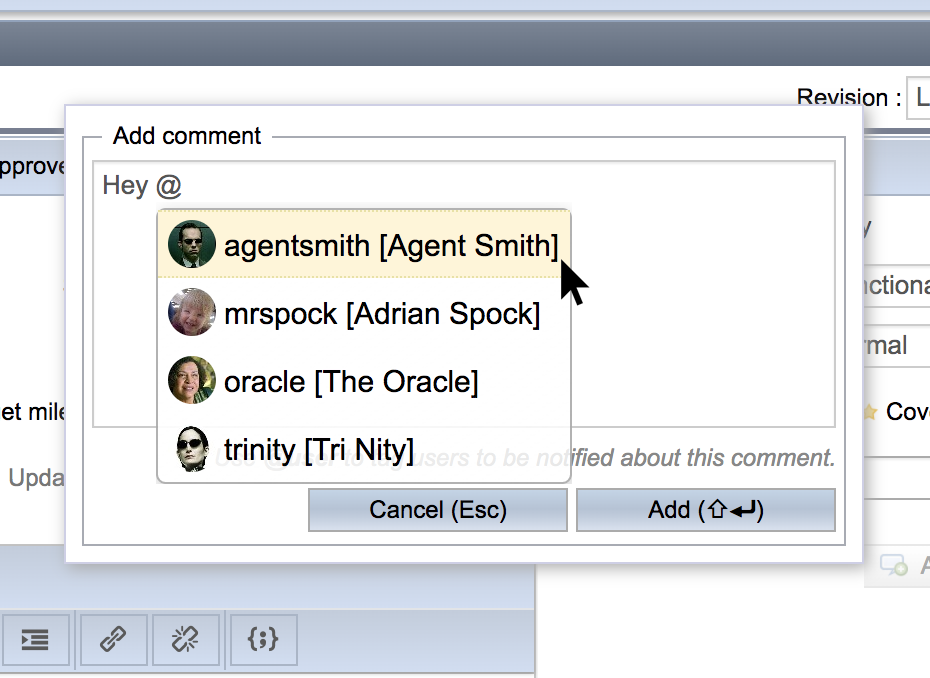 When commenting on assets in Testlab, you can mention a user in a comment body. This way the user gets a notification.

When mentioning a user in a comment, Roopkund now offers an auto-complete component to make the finding of the relevant user easier. Just type the @-character and it automatically pops up for you.

Comments can now be edited. By default, you can edit your own comments and if granted, “comment.editall” permission grants you the permission to edit all comments. To edit a comment, click the pencil symbol on the right-hand side of the comment.

User roles can be copied

When editing a workflow, you can now copy an existing user role. The new role will include the same permissions as the copied role.

The select fields in Testlab’s user interface have been simplified and enhanced: 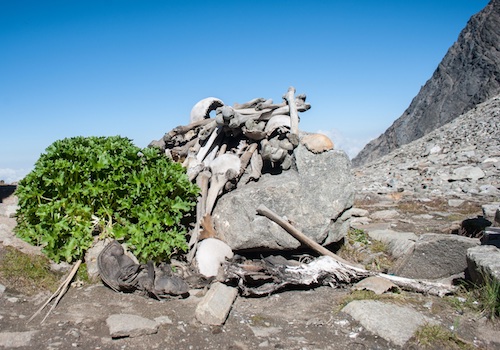 Roopkund is a glacial lake and a popular trekking destination in India. It is located in the Himalayas in an uninhabited area at an altitude of roughly 5000 meters.

Roopkund is known for the hundreds of human skeletons found at the edge of the lake. The skeletons are thought to be ancient in origin – the oldest ones possibly from a mass death related to a sudden hailstorm around the 9th century CE.