A new Testlab version long in the making has been released, codenamed Automaton. This major new release includes industry-leading features for managing and analyzing your test automation results, integration to MantisBT and various smaller enhancements and new features.

With the upgrade to Testlab – Automaton, you have an option to migrate your existing (automated) test results to the new way of working. You should read more about this option in the post published earlier. 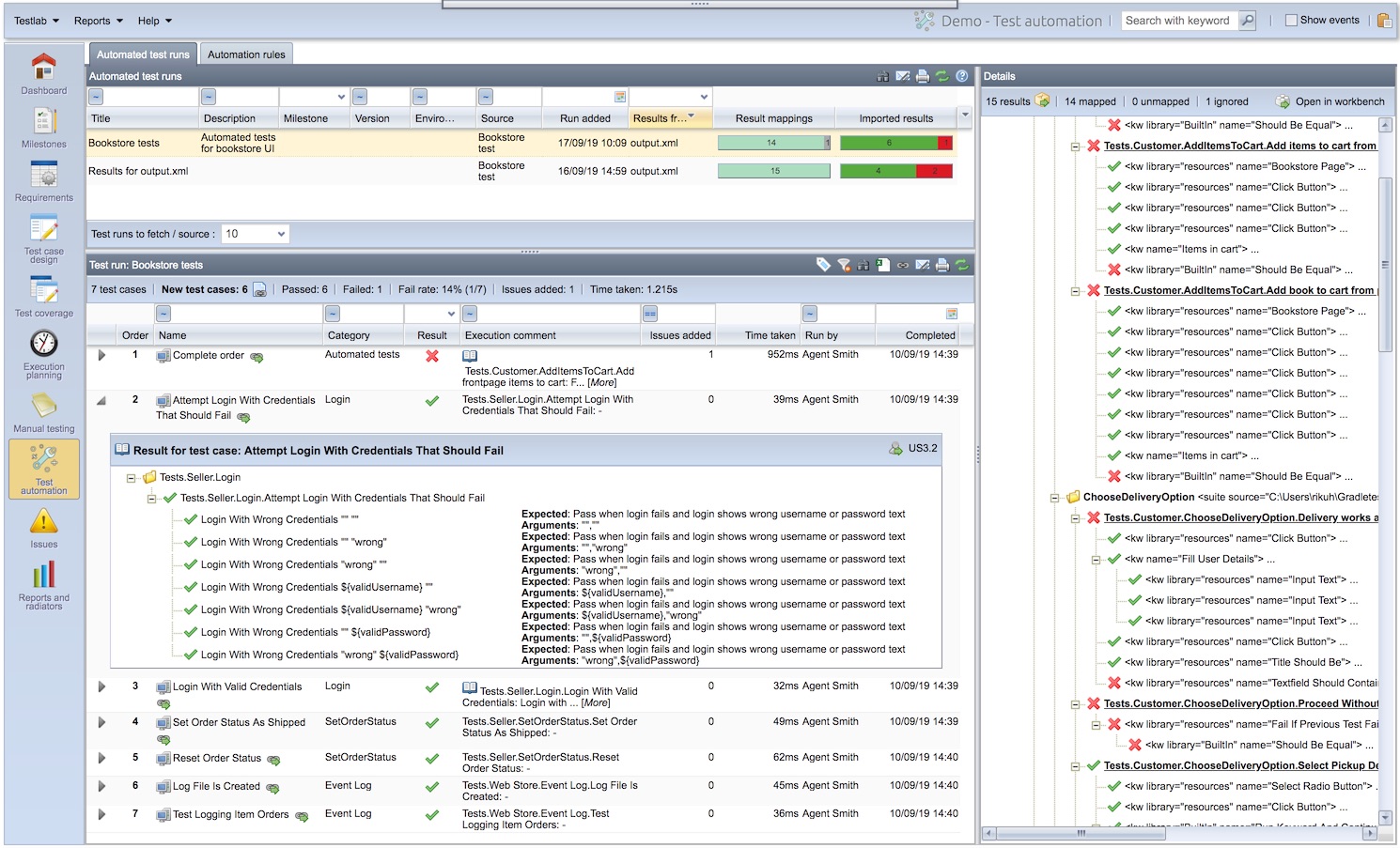 Business challenges related to interpreting results of automated tests are obvious. More often, tests are created by developers with various different motives, the number of tests is often numerous and traceability to the specification is often lacking. Testlab – Automaton includes features to make sense of these results and gain the business benefits outside the scope of regression or smoke testing – which in practice, often tends to be the use for automated tests.

In Automaton, a new main view called “Test automation” is introduced. This view holds the automated test runs and details of the results in them. The view also holds a workbench for mapping the results to tests via automation rules. 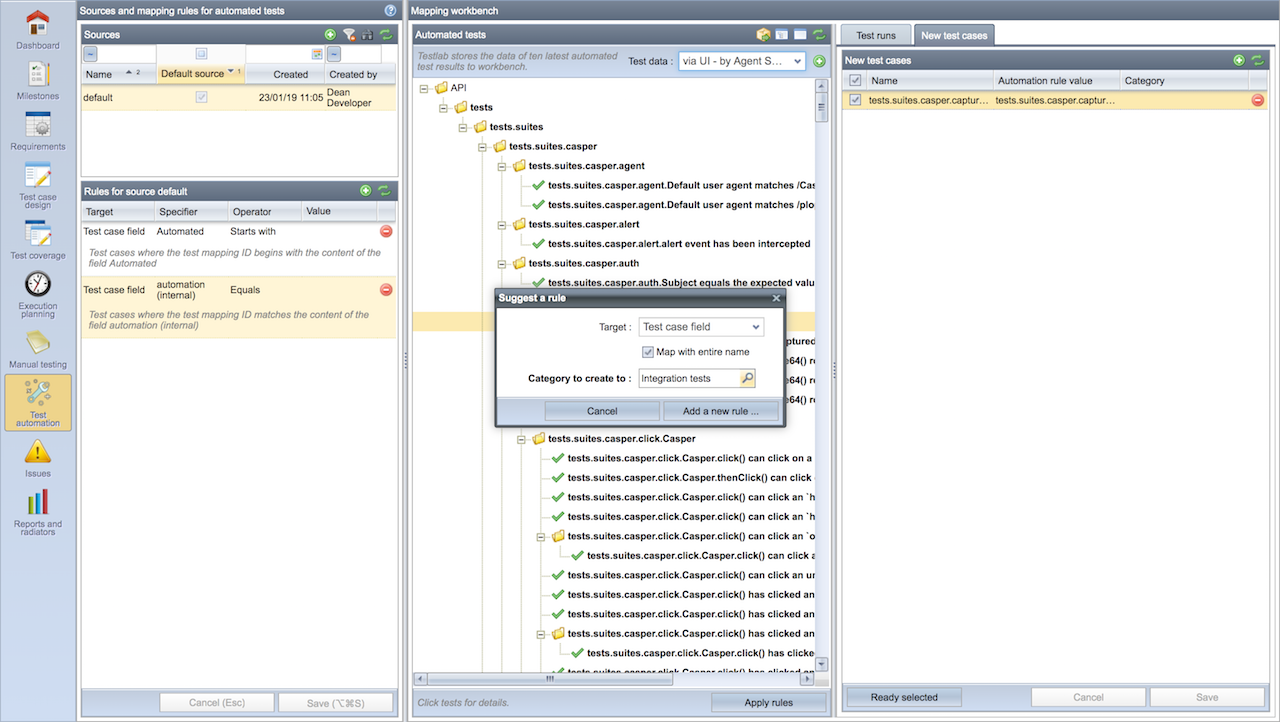 The new automation features include a workbench for which you can create rules on how your test automation should be mapped to your project. This makes it possible to get insight with the correct level of detail on your mass of automation results.

Tule rules in your automation rule set can be

Using the rules, you can define which parts of the incoming automation result tree target which tests in your project. Having a correct level of detail to your tests is crucial for understanding the situation of your testing efforts and for easy management of your testing.

The plugin used to publish test automation results from your Jenkins jobs has been updated. This update makes it possible to use the rule sets and sources provided by the new automation features with the plugin. When using Jenkins with Testlab – Automaton, an update of the plugin is required.

Testlab Automaton can be integrated to MantisBT for issue management. This makes it possible to manage your testing in Testlab and report the found issues in your MantisBT installation.

You can read more about MantisBT integration at the documentation page provided. 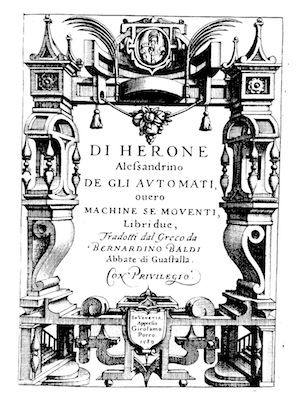 The ancient history of self-operating machines, Automatons, is fascinating. In the modern computer-age, having machines doing things for us operating on our instructions is a bit given. In earlier times, many automatons were designed to give the illusion that they are operating under their own power: The word “automaton”, is the Latinization of Greek word meaning “acting of one’s own will”.

In the 13th century, Al-Jazari was the first inventor to create human-like machines to serve their masters. He even designed an automated toilet where a human-like automaton would hand you soap and towel as you are washing your hands. Much earlier, the Greek had designed various complex mechanical tools and machines which could be described as automatons. One of the more famous is Heron of Alexandria (10 AD – c. 70 AD) who invented various machines from the first vending machine to steam-powered devices.

(Source: Wikipedia, picture of the book “About automata” by Hero of Alexandria, public domain)