We are proud to announce a new feature release of Meliora Testlab – Sisyphus. A new major concept introduced by Sisyphus is task management with a feature set to manage your sprints, backlogs, and tasks in them. Please read more about these new features below.

Note: Task Management as a feature set is a major addition and is in constant development. In Sisyphus, we introduce a first batch of features. Please expect more features related to task management (such as capacity planning, better organization of epics, reporting, importing, exporting, …) to be released rapidly in next Testlab versions. 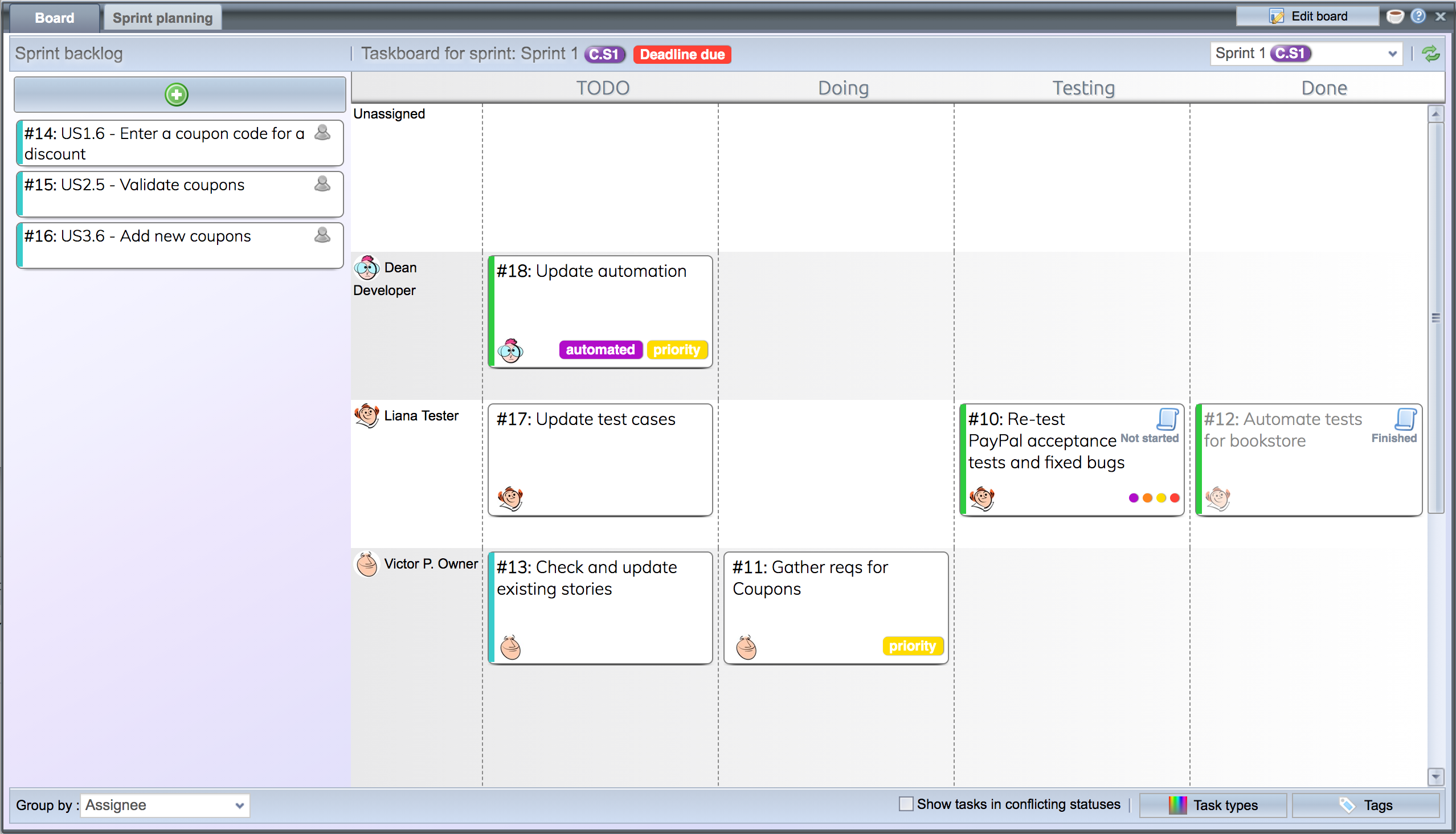 Task Management is a new set of features in Meliora Testlab introduced in Sisyphus version. As a concept, Tasks are a way to track work in your project and most often describe fairly small and specific things that can be implemented or are in implementation currently, in your project.

Tasks are tracked and bound to Sprints. A Sprint is a deadline bound part of a milestone. You could think of Milestone as a broader target to implement or release some set of features and Sprints as smaller (most often spanning a few weeks or more) portions of milestones with a specific goal your team is working on. A task always resides in a (priority-ordered) backlog which can be a sprint-wide “Sprint backlog” or project-wide “Project backlog”.

When a team is working with tasks in a Sprint, tasks are managed on a Board that consists of columns representing the specific activities for tasks. Columns together compose a workflow for managing tasks. When a task is moved to the right-most column of a board it is always considered as done.

For easier management, a board can be grouped by different attributes and when done so, the board is subdivided into swimlanes each representing a row of tasks with specific values. Tasks can be easily moved from a column to another by dragging and dropping. You can even drop a task to a different swimlane to automatically update the task with a value derived from the swimlane.

The task board also has rapid controls to assign a type or tags to your tasks. 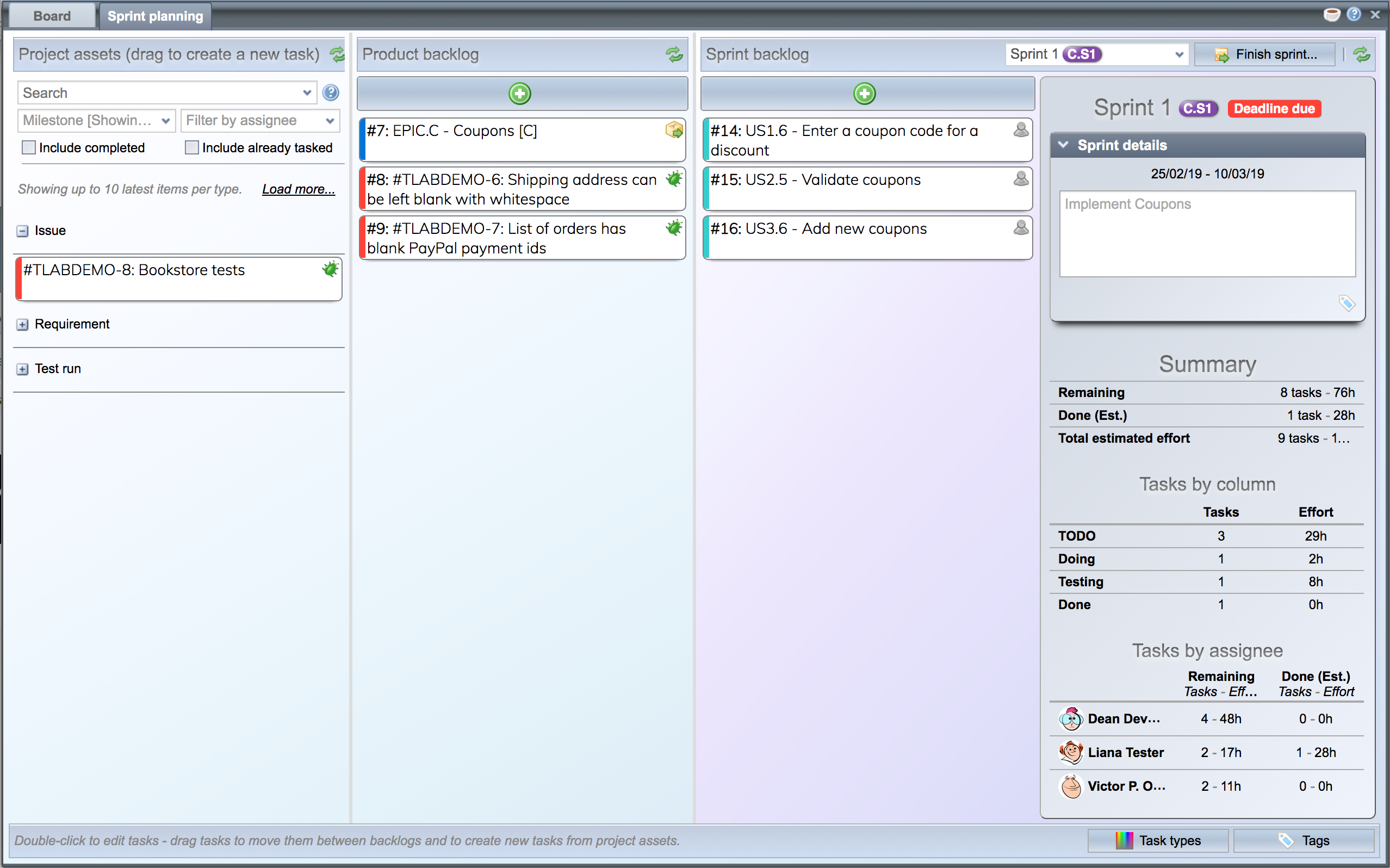 Sprint planning view has features for you to plan what tasks your team should be working on and when. The overall structure of the view consists of three parts, which are from left to right as follows. 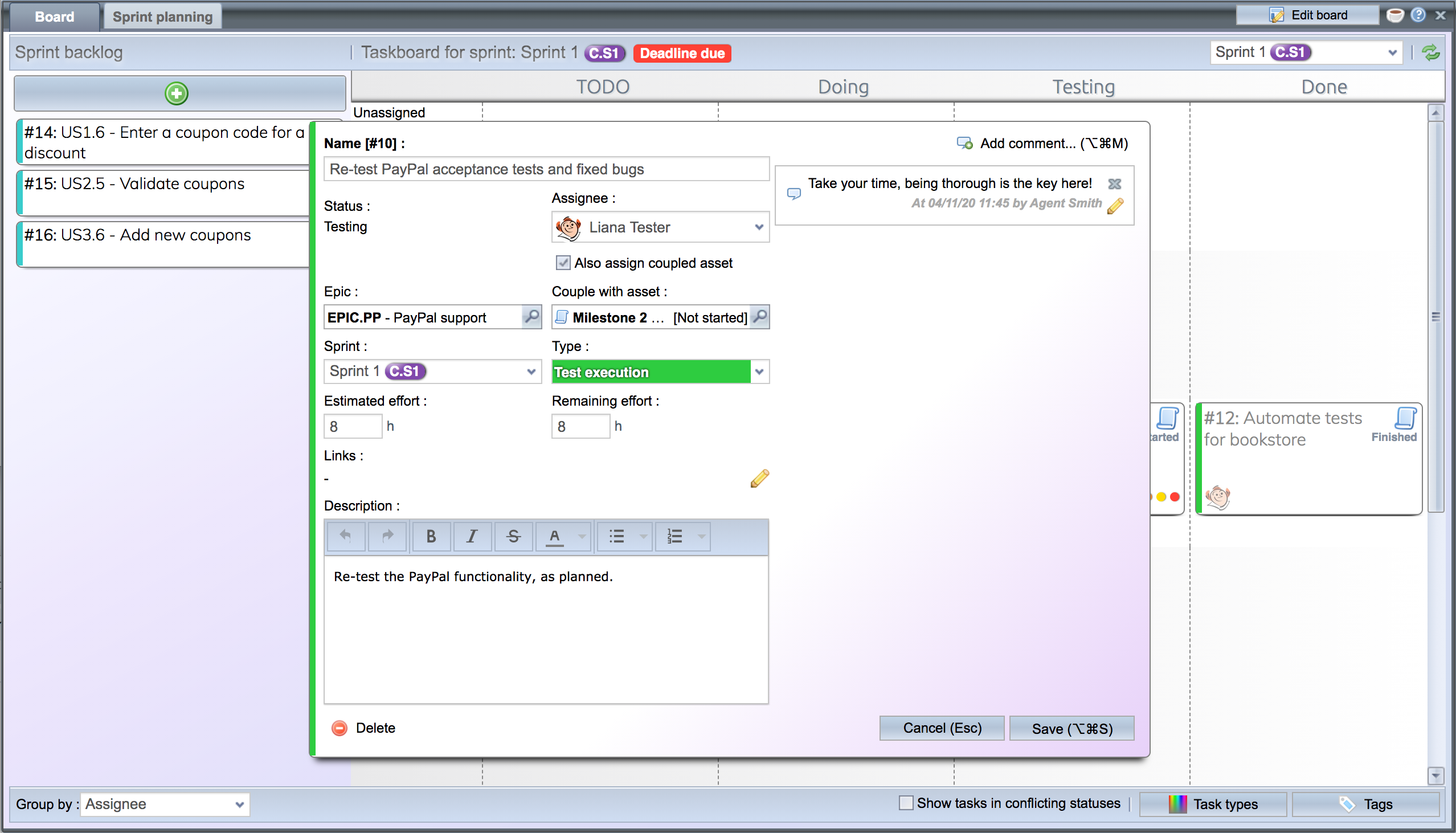 Tasks can be edited on the board, in backlogs, and directly from other views of Testlab for any coupled or linked assets. 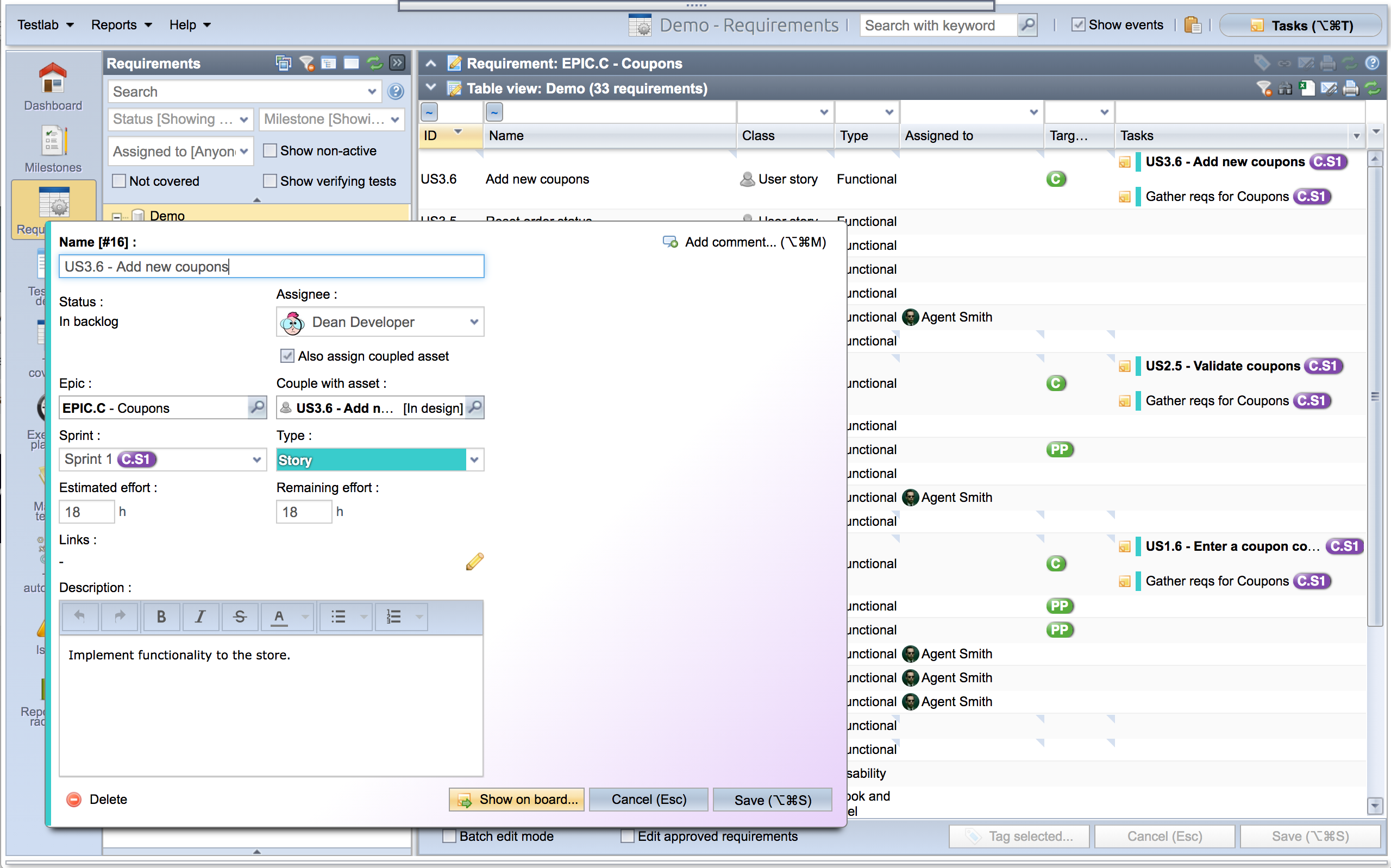 Tasks coupled (and linked) with assets are shown on relevant forms and table views. Coupled tasks are highlighted with bold font, a colored bar is rendered to indicate the type of the task, and the sprint identifier of the task is shown.

Tasks can be clicked and an inline window will open to show the details of the task. Tasks can be edited directly on this window and you also can click the “Show on board…” button to open up the task board with the associated task highlighted. 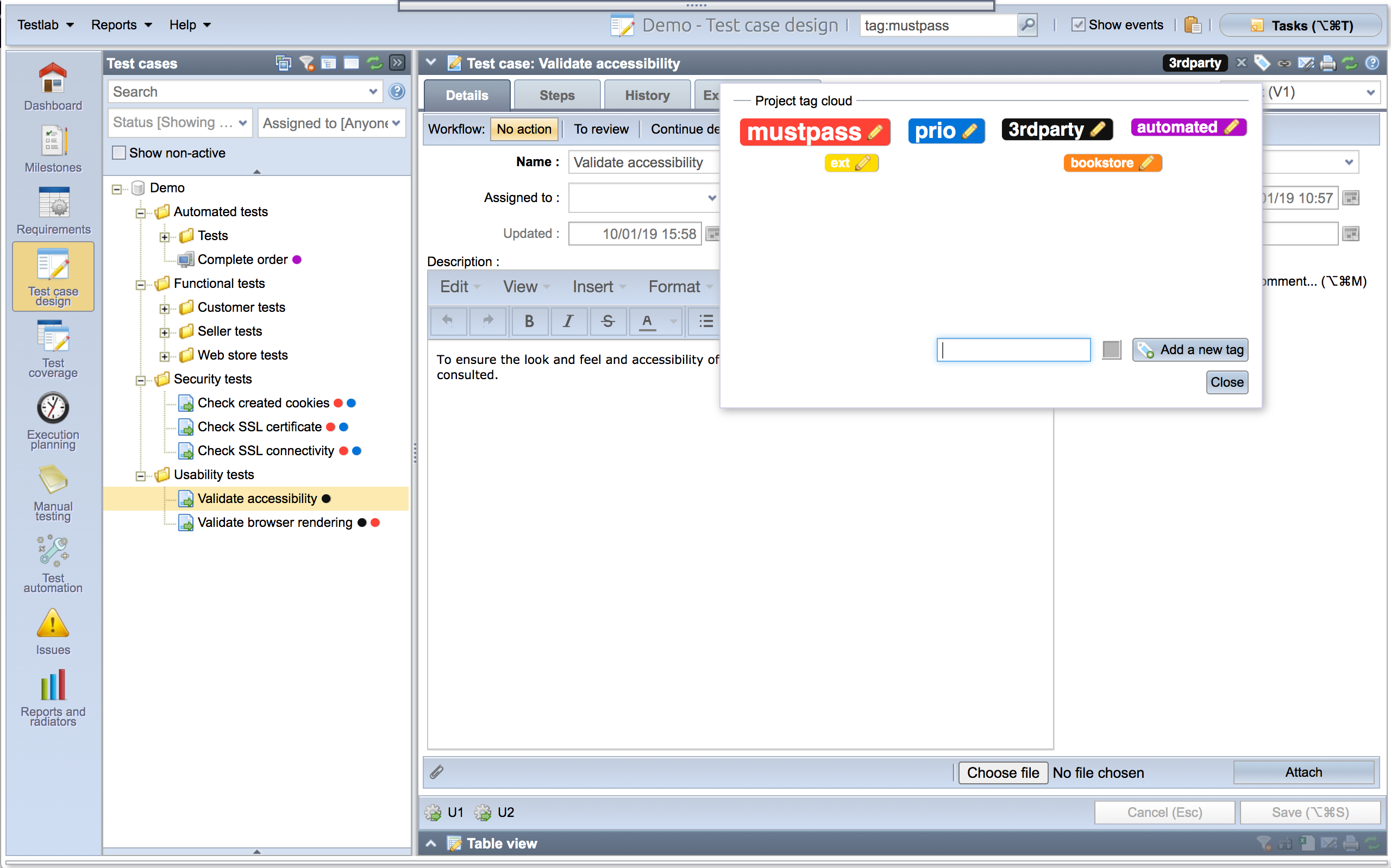 The tags of Testlab have been improved significantly:

We hope this first batch of task management features will make the use of Testlab even more productive for you. Please stay tuned for more features and improvements related to tasks. 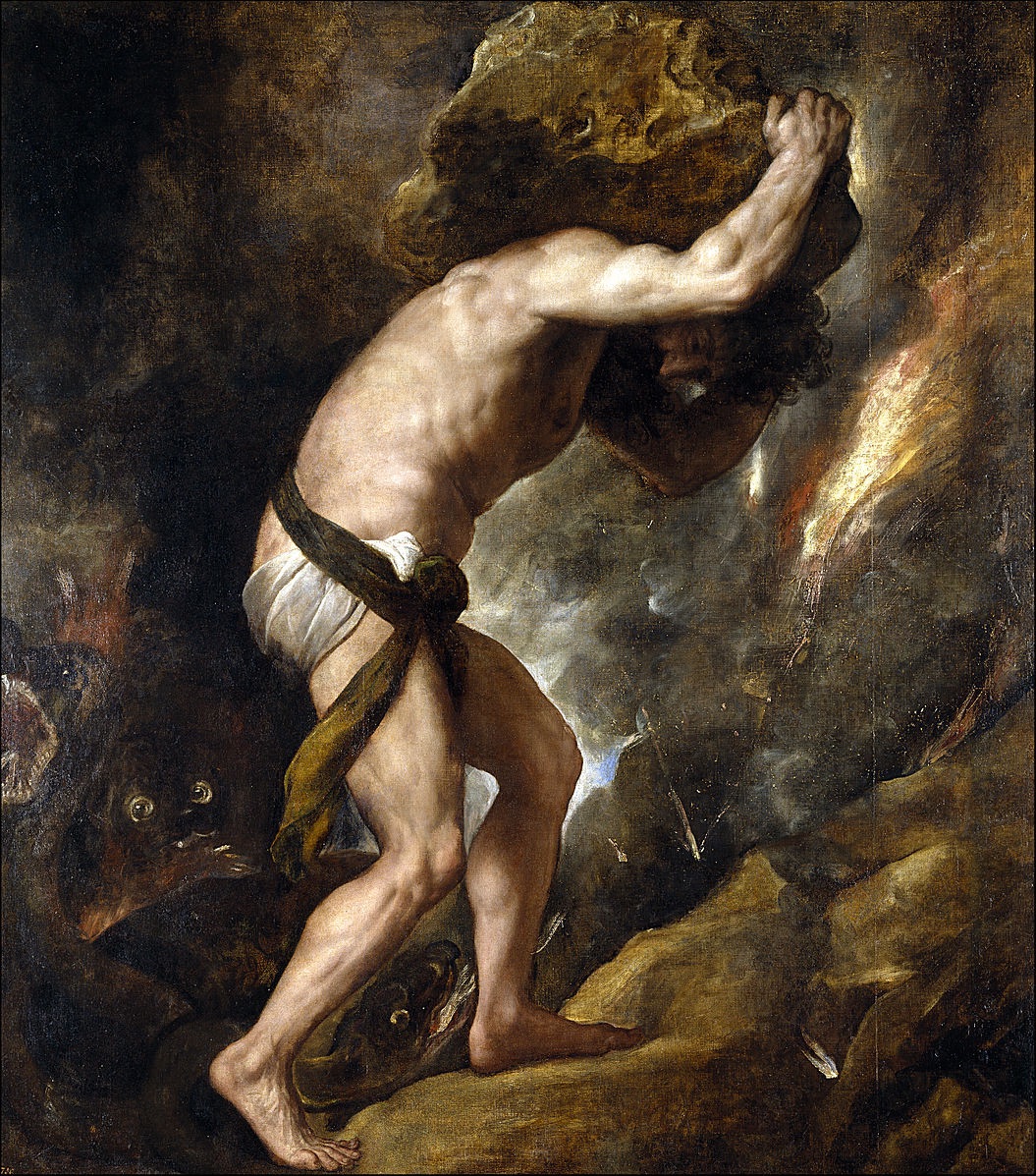 Sisyphus gained infamy for his trickery and wicked intelligence, but his greatest achievement was to cheat death and Hades himself – not once but twice. When Sisyphus confronted Death the third time, Zeus himself intervened. In Homer’s Odyssey, Odysseus descends into Hades and describes the punishment of Sisyphus as follows:

Then I witnessed the torture of Sisyphus, as he wrestled with a huge rock with both hands. Bracing himself and thrusting with hands and feet he pushed the boulder uphill to the top. But every time, as he was about to send it toppling over the crest, its sheer weight turned it back, and once again towards the plain the pitiless rock rolled down. So once more he had to wrestle with the thing and push it up, while the sweat poured from his limbs and the dust rose high above his head. (Odyssey, Book 11:593)

We wouldn’t call this just a task, this is Epic!