A new version of Meliora Testlab – Mystery Soda – has been released. This release enhances numerous primary features related to the task management features introduced in the previous release. Please read more about these new features below. 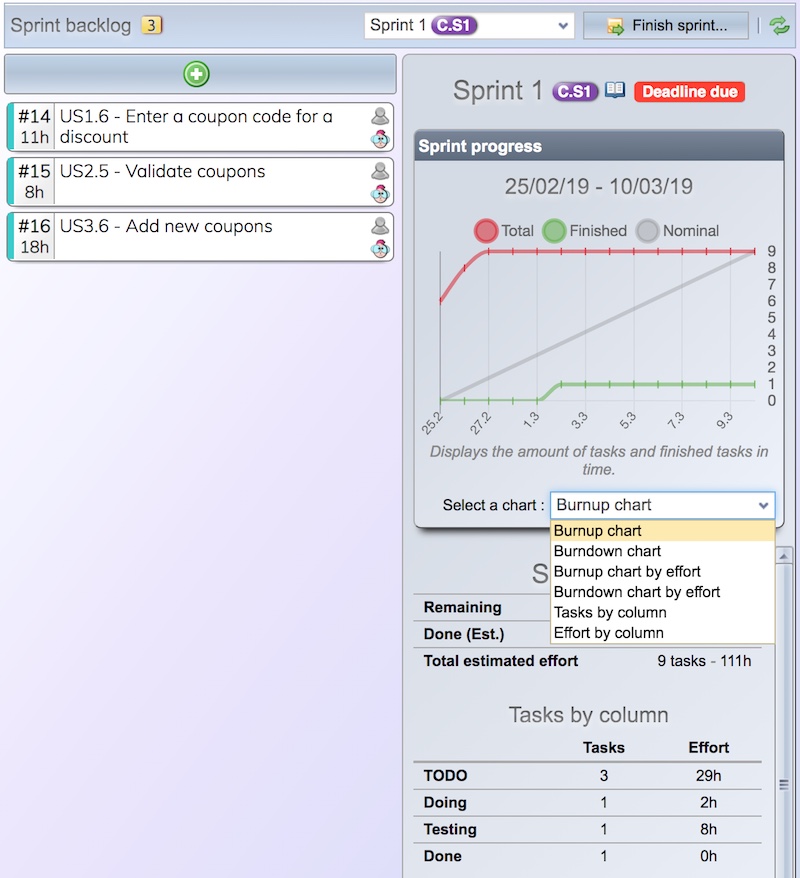 In the task board’s sprint planning view, a set of graphs has been introduced to make the tracking of the sprint’s progress easier. You can choose from six different graphs one that fits your use best:

The charts are automatically refreshed periodically and should offer you a real-time view of the progress of your sprint. 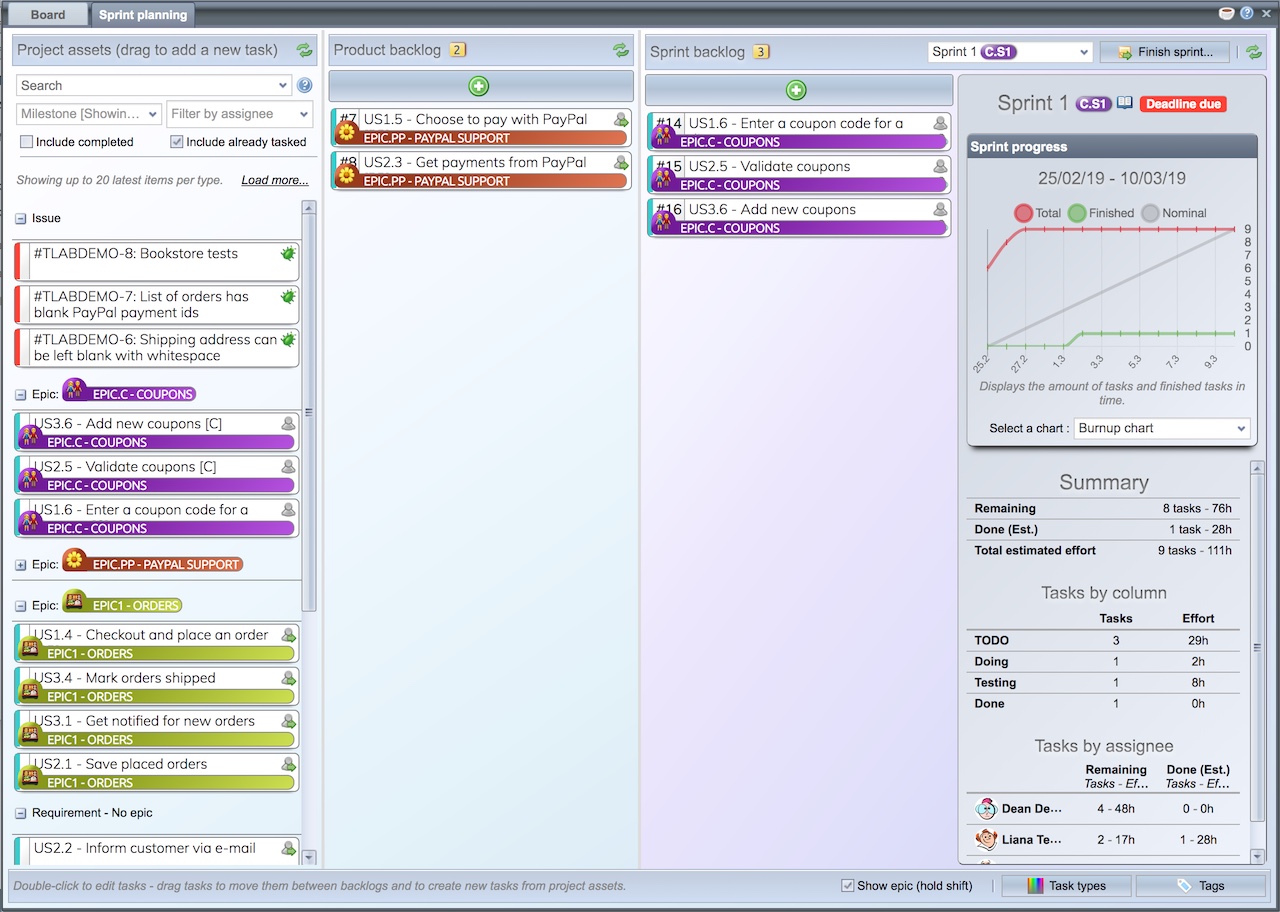 An epic is a significant body of work broken down into user stories or other types of requirements. In this release, when searching for assets in tasks view, the stories and requirements are grouped by epic. The epic for requirements is automatically determined from the requirement tree by looking for the closest parent epic for each requirement.

Also, in the tasks view, checking the “Show epic” checkbox (or holding down shift-key) shows an overlay of the epic the tasks belong to. 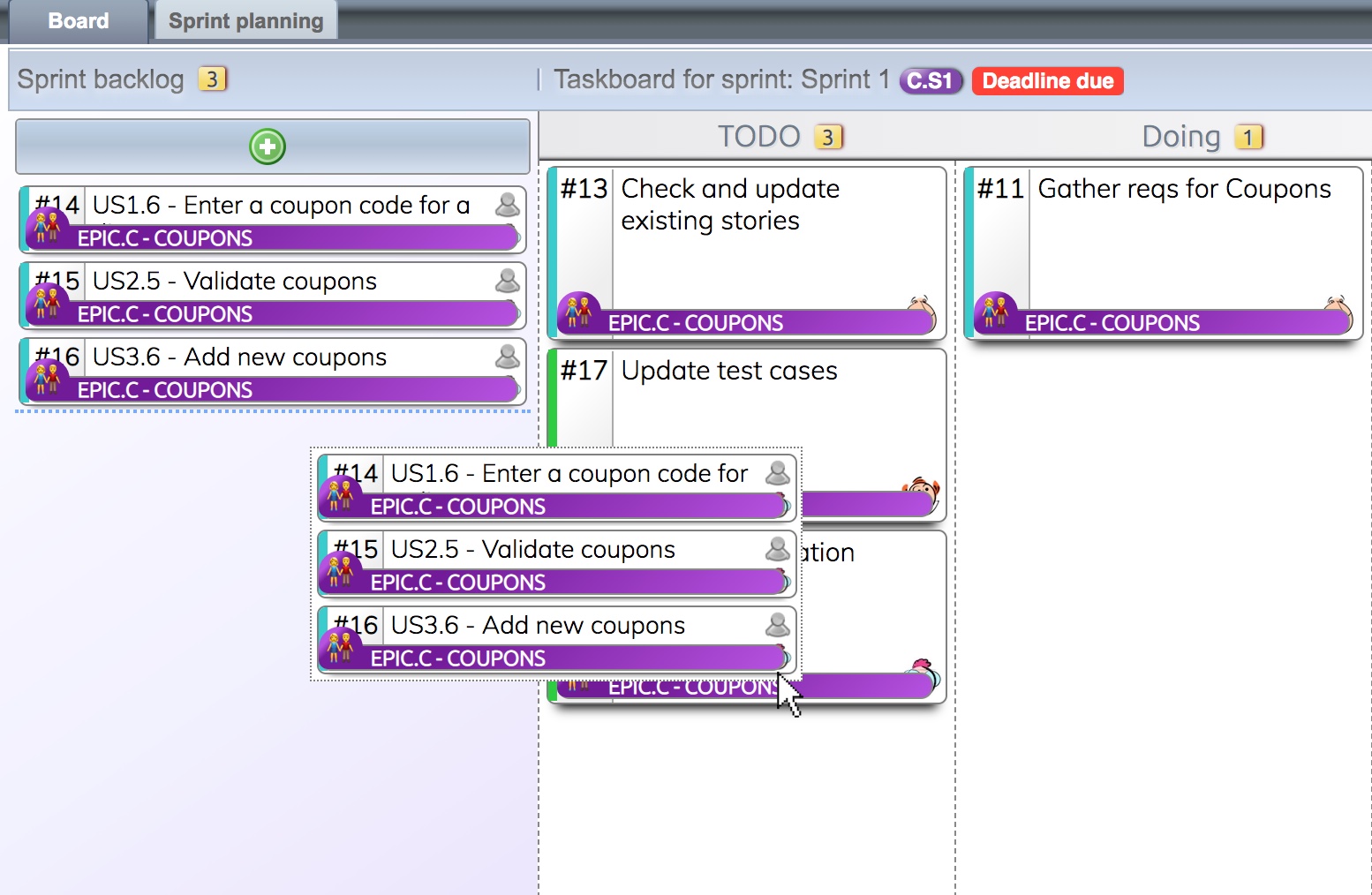 In this release, you can easily move all tasks of a single epic at the same time. To do this, hold down the shift-key – which will show you which epics the tasks belong to (see “Better epics” above) – and drag a task from a backlog. You will see that by doing this, you will grab all tasks belonging to the same epic from which you made the initial drag. If you drop the tasks to the same backlog, the tasks of the epic will be moved successively to the drop position. Similarly, if you drop the tasks to another backlog, the tasks will be moved to the other backlog to the drop position.

By using the shift key, handling tasks of a particular epic is much easier!

Other enhancements to tasks

Note: In this release, the logic of how the milestones and sprints in the milestones view are presented changes. Milestones are now always ordered in the most-recent first order by their deadline. Milestones without a deadline are sorted by their title. Also, for a sprint, the start date must be entered for the system to be able to calculate the actual length of the sprint. 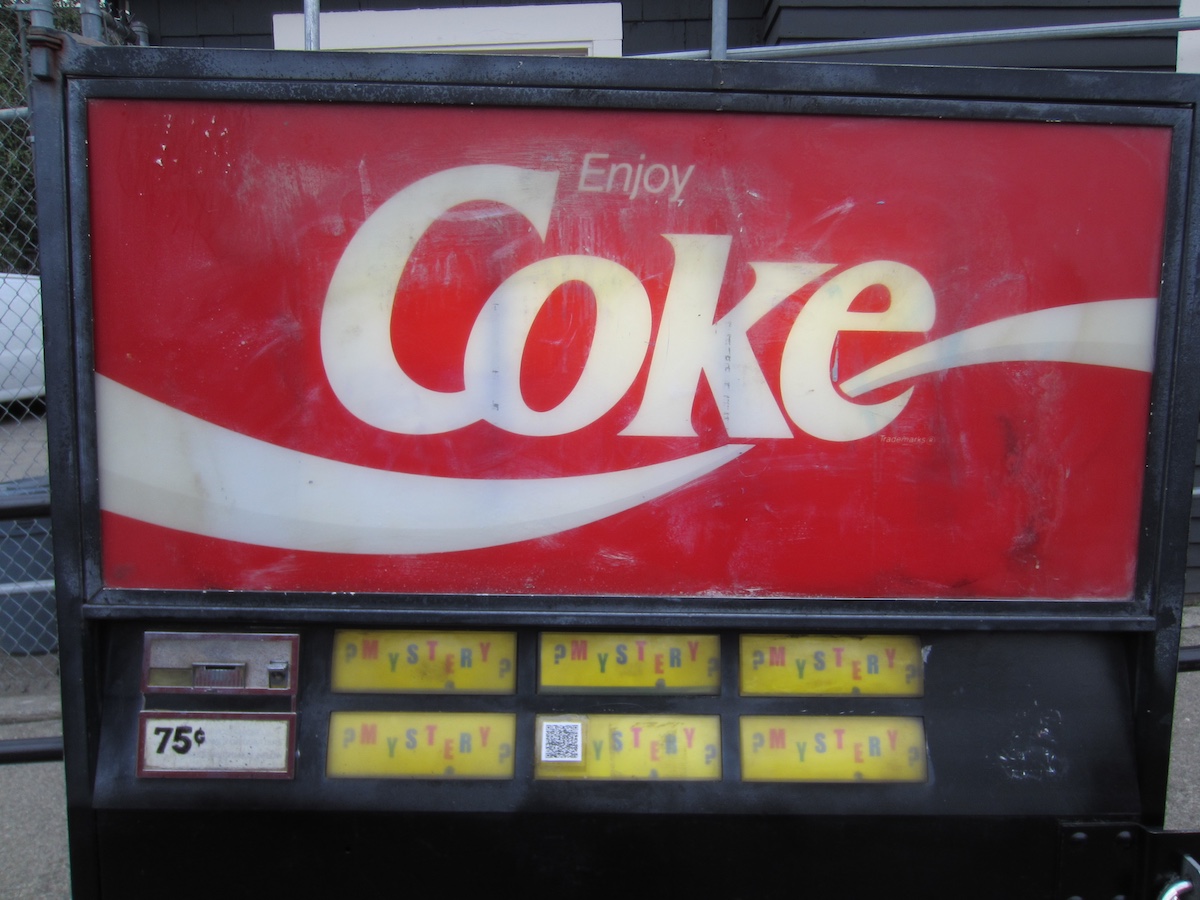 Between the early 1990s and 2018, if you happened to be thirsty and wandering in Capitol Hill, Seattle, you might’ve bumped into a soda machine in front of Broadway Locksmith. You had an option of choosing from “? mystery ?” drinks and when doing so, the machine would often dispense rare out-of-circulation cans and cans that have not been available in the US.

Nobody knows who operated the machine. In 2018 it seems that the machine had enough and took a vacation. A note was found where the machine used to be which read “Went for a walk”.