We are proud to announce a new major release of Meliora Testlab: Oakville Blob. A major feature included is a Rest-based API for your integration needs. In addition, this release includes numerous enhancements and fixes. Read on.

When commenting on assets in your projects such as issues or test cases, you can now tag users from your project to your comments. Just include the ID, e-mail address or name of the team member prefixed with @ character and this user automatically gets a notification about the comment. The notice scheme rules have also been updated to make it possible to send e-mail notifications for users who are tagged to the comments of assets. Also, a new out-of-box notice scheme “Commenting scheme” has been added for this.

See the attached video for an example of how this feature works.

Execution history of a test case 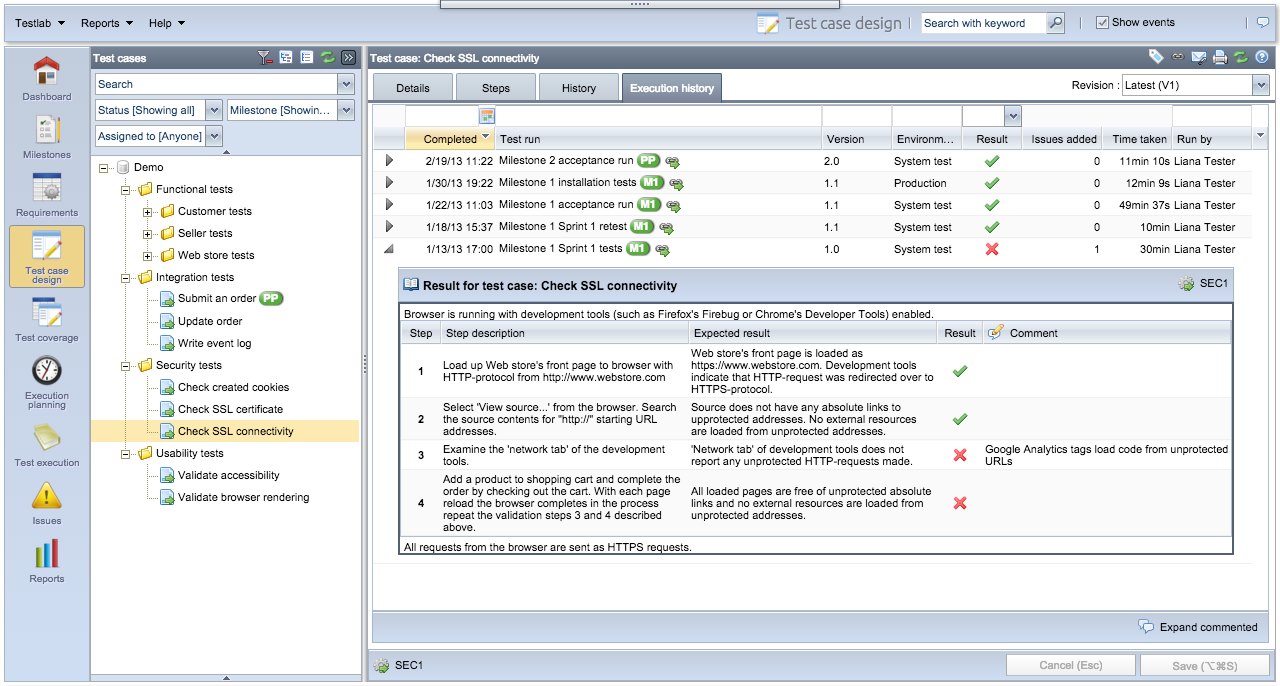 Sometimes it is beneficial to go through the results of earlier times of execution for a test case. To make this as easy as possible, the Test design view has been added with a new “Execution history” tab.

This new view lists all times the chosen test case has been executed with the details similar to the listing of test run’s items in the Test execution view. Each result can be expanded to show the detailed results of each step.

When significant things happen in your Testlab projects, your team members are generated with notifications always accessible from the notifications panel at the top. Oakville Blob provides numerous enhancements to these notifications such as

In addition, the following new notification events have been added:

The quick search functionality has been enhanced with a possibility to target the keyword to specific information in your project’s assets. By adding a fitting prefix: to your keyword, you can, for example, target the search engine to search from the name of a test case only. For example,

With the enhancements listed above, this feature release contains numerous smaller enhancements. 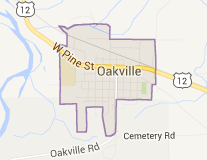 “On August 7, 1994, during a rainstorm, blobs of a translucent gelatinous substance, half the size of grains of rice each, fell at the farm home of Sunny Barclift. Shortly afterward, Barclift’s mother, Dotty Hearn, had to go to hospital suffering from dizziness and nausea, and Barclift and a friend also suffered minor bouts of fatigue and nausea after handling the blobs. … Several attempts were made to identify the blobs, with Barclift initially asking her mother’s doctor to run tests on the substance at the hospital. Little obliged, and reported that it contained human white blood cells. Barclift also managed to persuade Mike Osweiler, of the Washington State Department of Ecology’s hazardous materials spill response unit, to examine the substance. Upon further examination by Osweiler’s staff, it was reported that the blobs contained cells with no nuclei, which Osweiler noted is something human white cells do have.”