Meliora Testlab – Publius Enigma – has been released. This is a major release for Testlab enhancing many of Testlab’s core feature sets and simplifying the workflows included.

This is a big one – please take your time and read more about these new features and changes below. 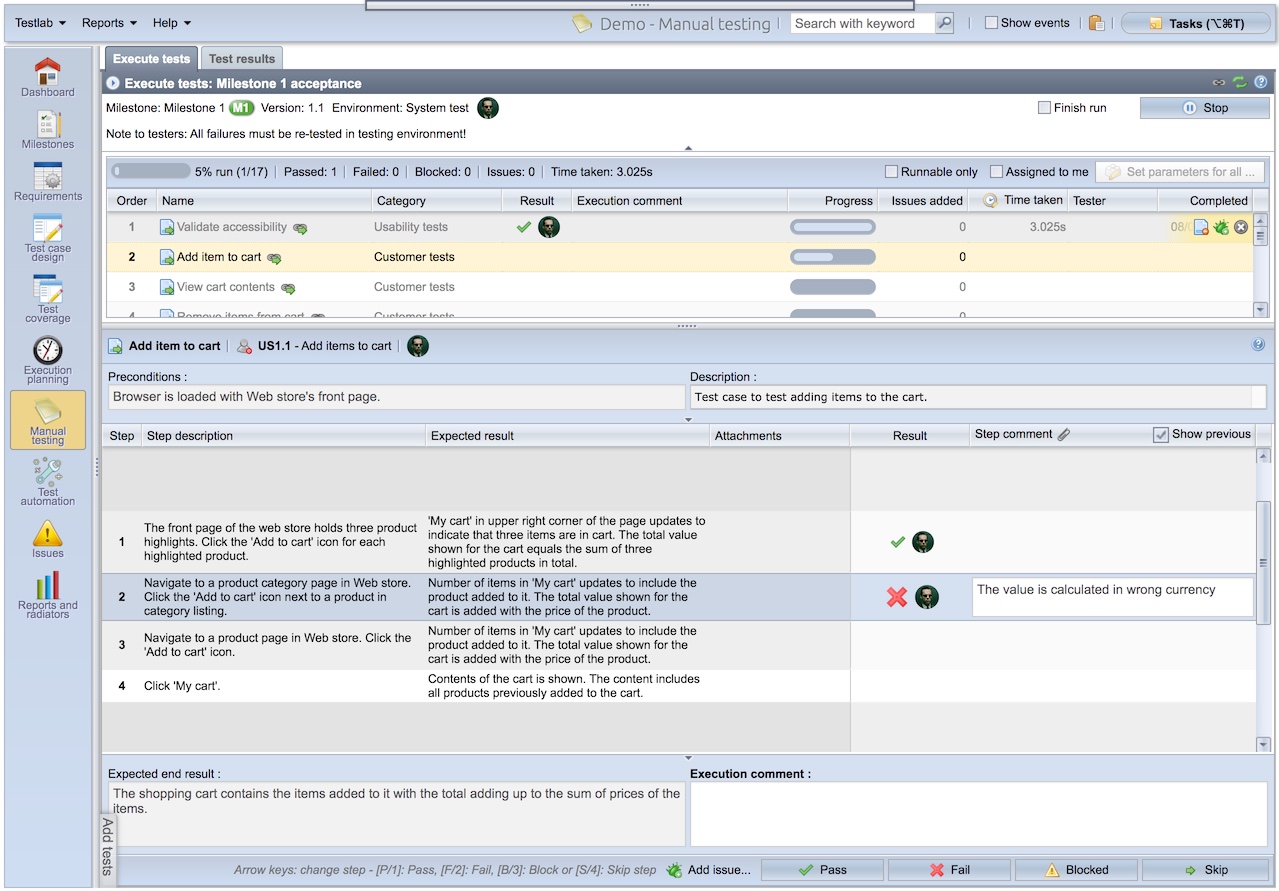 A new view – “Manual testing” – has been implemented to better support your efforts in manual testing work. The “Test runs” view we had previously has been replaced with this new view. In this renewal:

The view is separated into two tabs with the first one with testing features and the other dedicated to just viewing the current situation of your test runs. 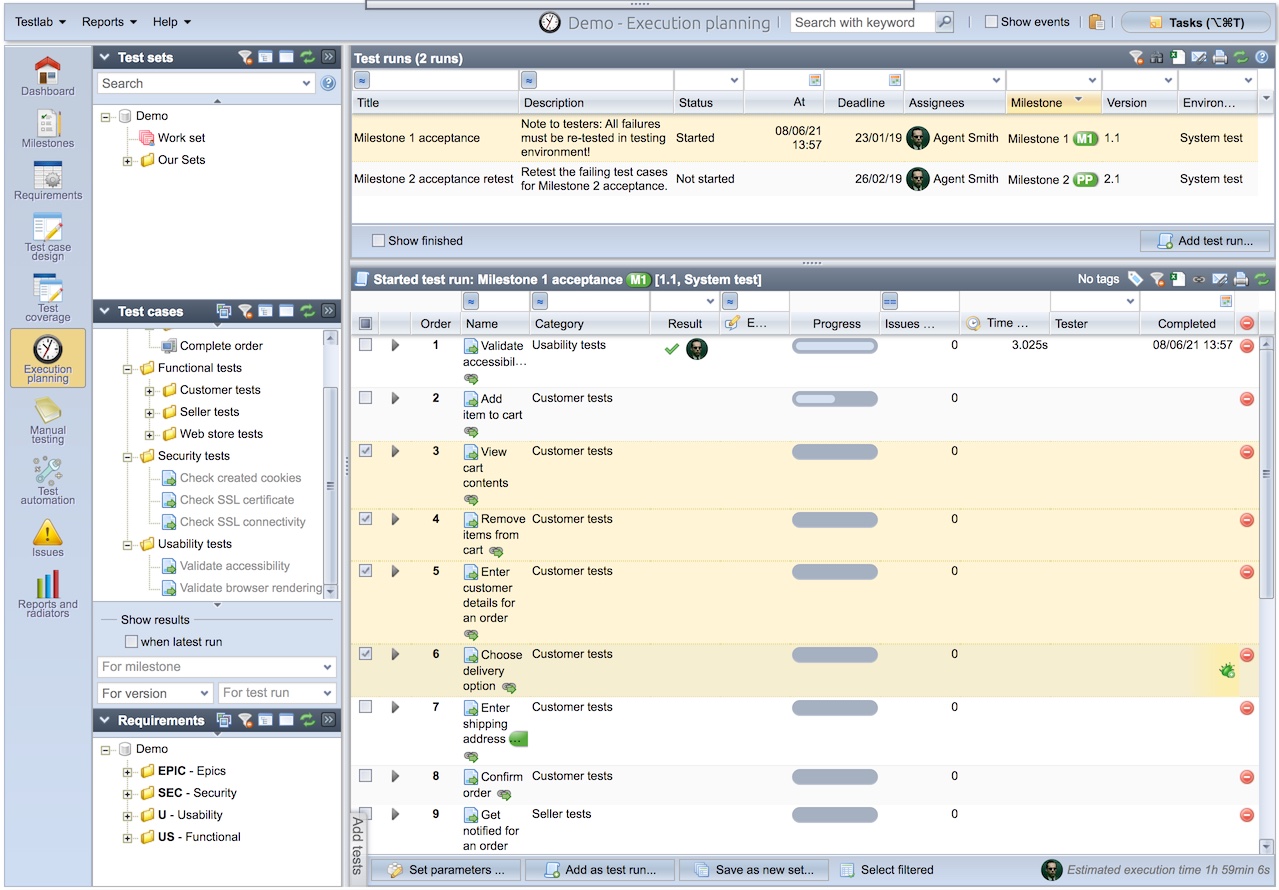 In the previous Testlab version, Execution planning was mostly dedicated to constructing test sets. Test sets are simple templates that you would use to create the actual test runs to be tester later on.

Execution planning has been simplified to allow direct creation and editing of test runs. You can now easily create new runs from the scratch, from existing runs (or parts of them), or, as earlier, from test sets.

Test sets have not gone anywhere. Their role has just been simplified. You still have the tree of test sets available and you can use them to group test cases together for easier management. Their use is just completely optional and the planning of runs is simpler.

To point out few additional changes to this view, 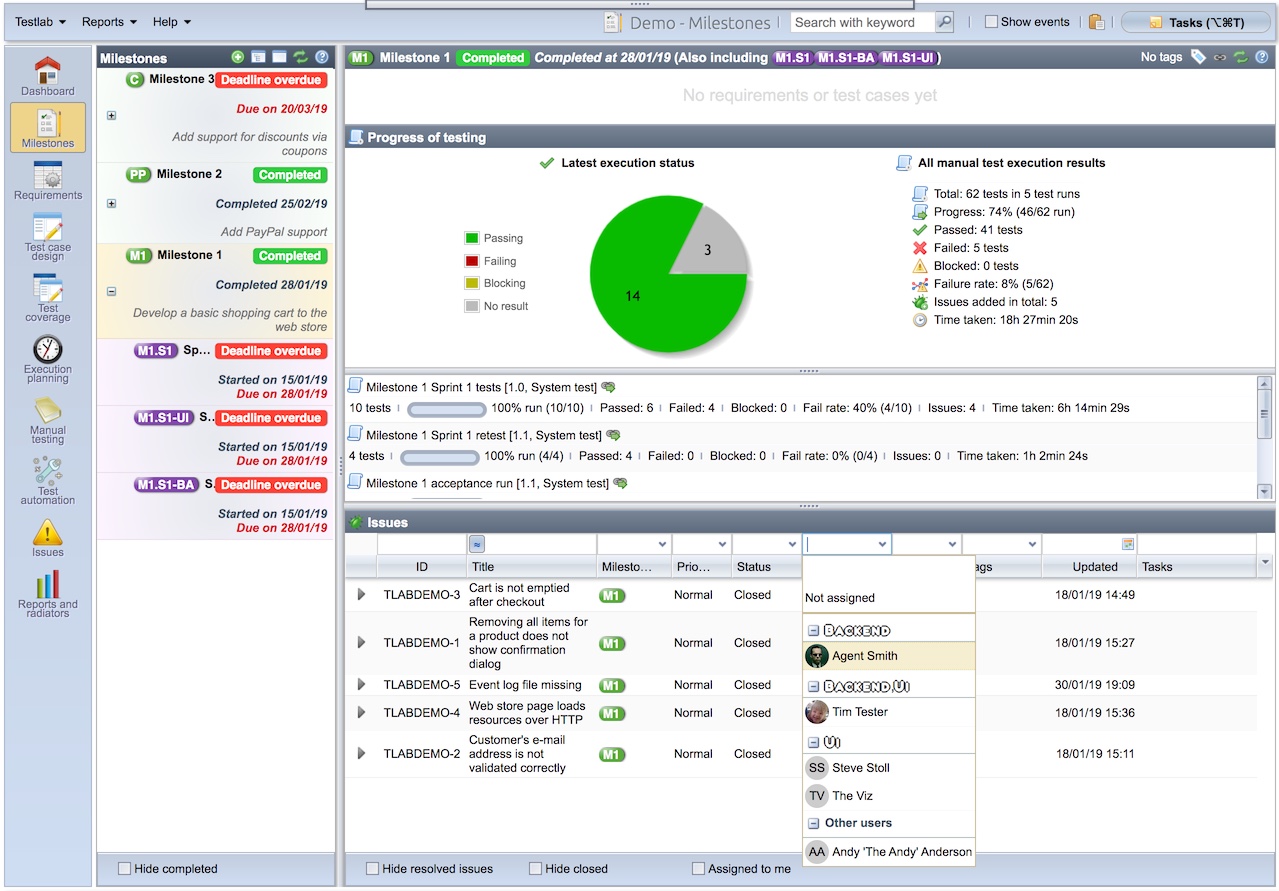 Sprints are enhanced in a way that makes it possible for you to assign a sprint with a team. A team is a new concept which groups users together as a coherent group of users – most often working together for a goal.

A team is basically a user role defined as a team. All users with this role (in some project) are considered to be members of this team. When a Sprint is assigned with a team

You can also group sprints together by setting a sprint as being related to another sprint. If you have a bigger sprint with multiple teams working for the same goal, this makes it possible to split the bigger sprint into team-specific sprints. All related sprints can be combined to be reported on milestones view and in sprint planning.

Capacity planning for Tasks and more 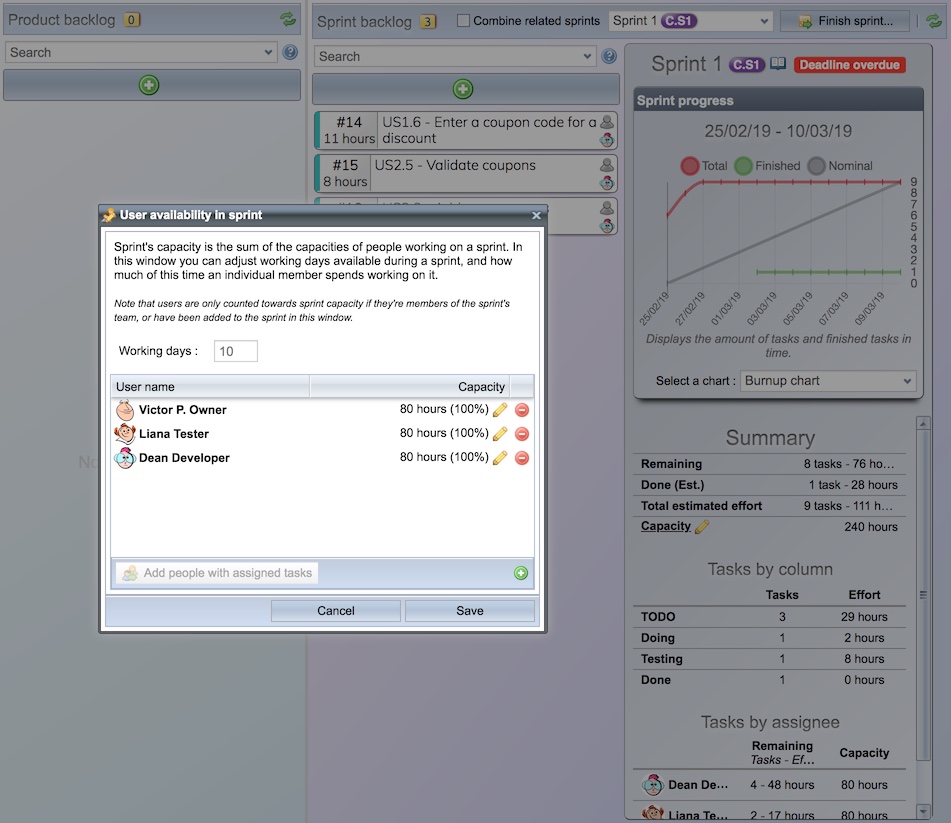 Sprints can now be set with a capacity that is calculated from the duration of the sprint and the individual capacities of the users working in the sprint. For the project, you can also configure if you prefer to use points or hours for the estimation. As you are handling your tasks in backlog and assigning them to the sprint, you have a clear view of how much of the estimated capacity you have already committed for.

In addition to the capacity planning, 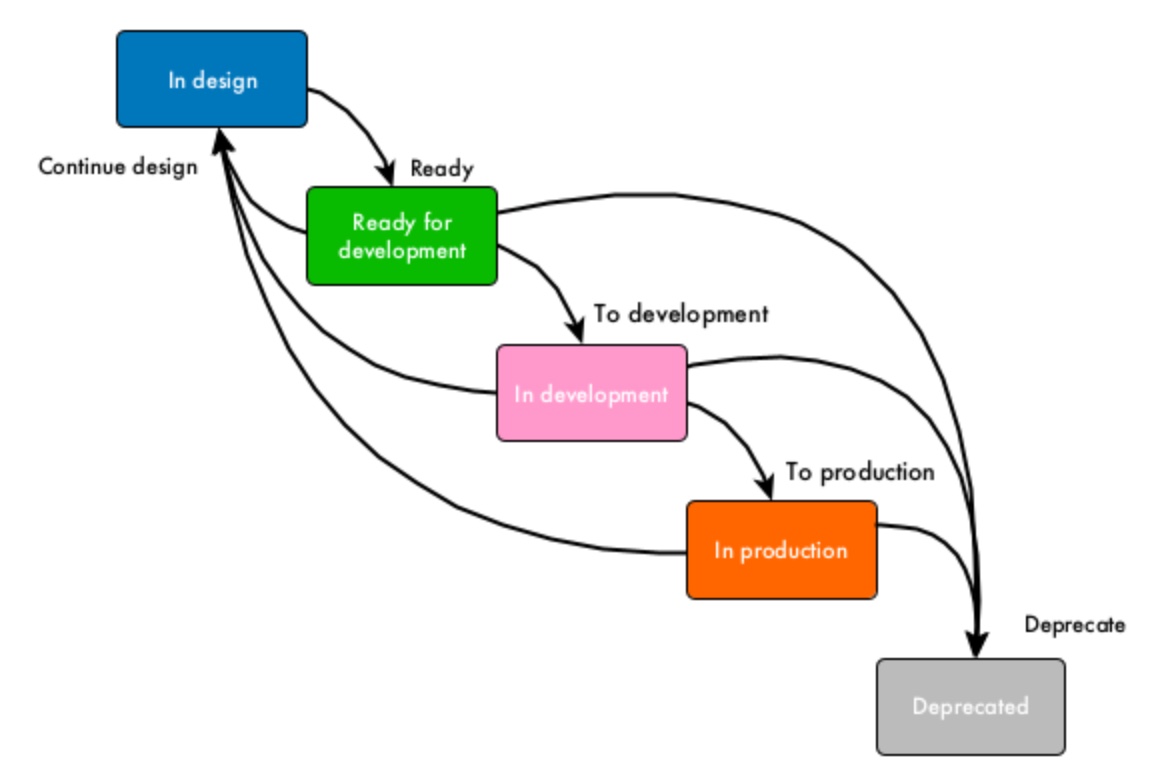 This version introduces a pair of new default workflows. Changes are subtle compared to previous workflows:

New workflows are named “Agile” (replaces the old “Simple” workflow) and “With review”. You can find details for these workflows in Testlab’s help manual section 9.2.

The user management is enhanced as follows:

Important: User roles are no longer tied to workflows

The existing roles will be migrated. If you happen to have multiple roles with the same name and different sets of permissions in your current workflows we will retain all these roles but rename them with a generated suffix. In the process, the name of the workflow the migrated and renamed role belonged to is stored in the description field of the role.

You can read more details of this change in this knowledge base article. 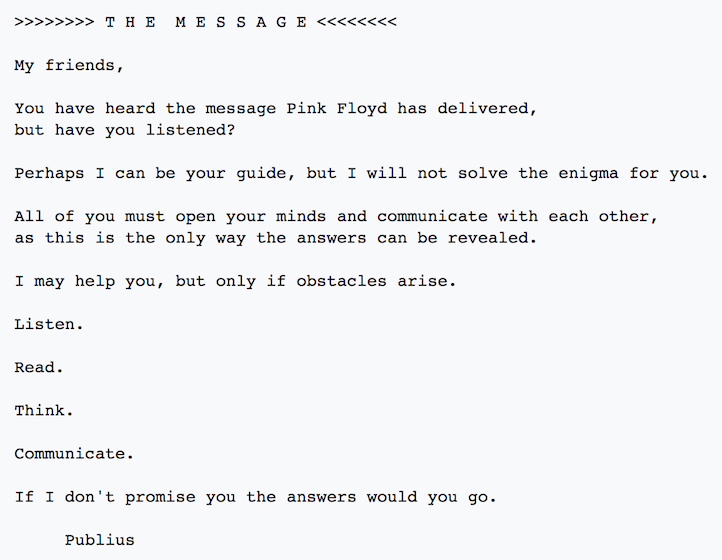 During the Division Bell tour of the band Pink Floyd, in 1994, the Usenet newsgroup alt.music.pink-floyd was posted with a set of curious messages by a correspondent calling him/herself as Publius Enigma. The messages described a riddle and offered a prize for the one capable of solving it. The riddle was built around the themes introduced in artwork and in the music of The Division Bell album.

The prize has not been revealed as the riddle is unsolved. It is still unclear if the riddle even can be solved or is it a hoax of some kind – various sources claim it was some kind of marketing thing by the record company involved.